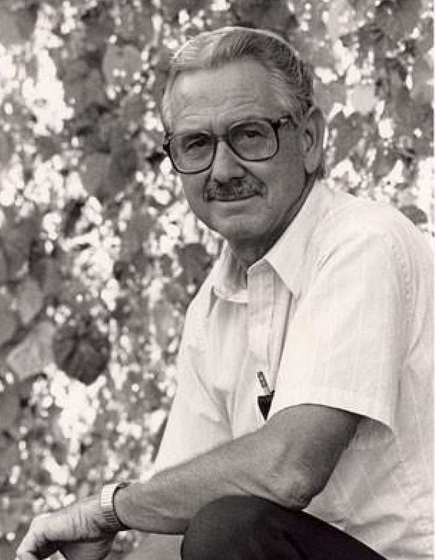 “I walk. I smile. I am rewarded,” El Paso author and teacher Elroy Bode wrote in his book In A Special Light.

Now eligible Austin High School students pursuing degrees in the English arts can be rewarded with a scholarship from the Elroy Bode Fund.

The fund was created by Ron and Patsy Stallworth, who studied English with Elroy Bode at Austin High School, where he taught English and creative writing for 30 years — and had a profound impact on his students.

Now the Stallworths are giving back by establishing this scholarship fund, which will provide financial assistance to eligible Austin High School students who plan to pursue degrees in English arts fields, such as creative writing, journalism, communication and English, at a college or university.

In addition to his long teaching career, Elroy Bode, who died in 2017 at the age of 86, wrote 10 books from 1973 to 2014, including Alone in the World Looking, To Be Alive, This Favored Place and El Paso Days. El Paso figured prominently into many of his works. He was inducted into the Texas Institute of Letters in 1966, received two Southwest Book Awards from the Border Regional Library Association and was named the El Paso Independent School District’s teacher of the year for the 1977-78 school year.